"Over the years, we have attempted to look after the health and livelihoods of our communities. It is now that we want to put a greater focus on what our communities share in common: faith. It is our faith that unites us and that has brought us strength to endure and survive. It is our hope that through health, agriculture, livelihoods and faith, we can build a sustainable, peaceful and united community."

You can read more of Fr Arnaldo's touching words here:   Letters from Fr Arnaldo and the village heads 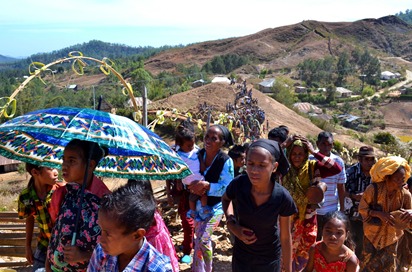 A time for faith

LETS chairperson, Georgina Loughnan, explains, "In 2010, I spent two months in this village, and was so overwhelmed by the faith and devotion of the people. I listened while they explained the reason behind their need for a new church". The Parish Priest at that time, Fr Arnaldo, has given a lasting aspiration for his people through the Chapel of the Sacred Heart of Jesus project: 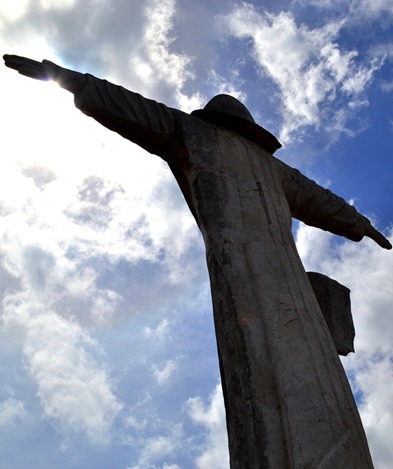 Two steps forward, one step back...

In 2003, the village of Eraulo welcomed the building of a youth development centre, with the understanding that a new chapel would eventually replace their existing dilapidated place of worship.

In 2005, local communities came together to build the St Bakhita Health Clinic, in response to the growing need for health care. Plans for the building of a new chapel were again discussed, but the supporters left Timor Leste due to the uprisings of 2006.

This was a timely reminder of how far they had come in surmounting their country's violent history. Since Timor Leste's formal declaration of independence in 2002, these people had struggled to establish infrastructure and make progress in this developing country.

With their ever-present tenacity, the people of Letefoho laboured on. In 2009, agriculture and rural training programs were added to the centre. These were to help diversify the local economy and generate high quality produce to market.

By now, everyone agreed that major steps forward had been made in establishing a viable future for this community. The time had come to build upon the spirit of co-operation and cement the foundations of peaceful co-existence... 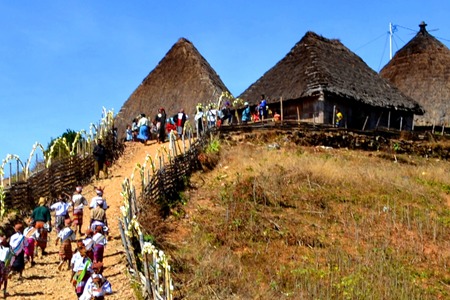 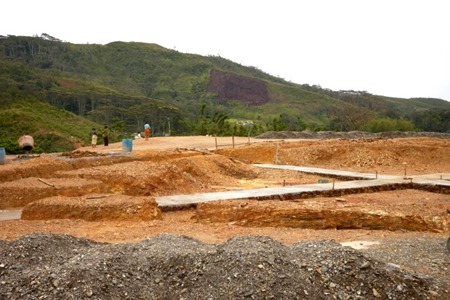 Stone by stone, hand in hand...

The Church of the Sacred Heart of Jesus was commissioned in September,

2011. The foundations were completed in 2012 and the first stage of

The roof has now been completed. This will be the focal church of the Parish, as the large Parish church in Letefoho is crumbling. We are privileged to be assisting in the building of this church.

This project is being undertaken by the local villagers with the support of five Indonesian builders. The land was cleared by the villagers, the rocks for the foundations brought from the nearby river, the bricks made by a hand-loaded brick machine, and all materials positioned by hand.

No cranes and minimal scaffolding have been used.

A project of faith, hope and peace