To empower education in Letefoho 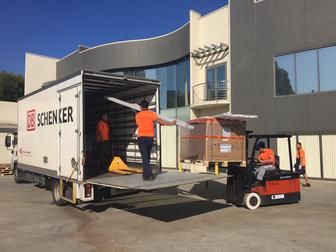 Mark and Rory learned that the students at the school were gaining their first experience with Information Technology via the LETS Computer Project. Unfortunately, the school had no electricity connected. As a result, the laptops (donated by generous LETS supporters in Australia) had to be transported back and forth from the church hall for charging. This has been an arduous, but worthwhile, undertaking.

The renewable energy industry gurus had the solution – harnessing free power which Letefoho has in plenty – the power of the sun. This set off a chain of events over the past two years culminating in a Solar Power Installation for Letefoho Senior Highschool. The benefits extend beyond just the LETS Computer Project, providing electricity to the classrooms, staff rooms and offices.

“This opens up a range of other potential education benefits, such as the use of electric musical instruments, as well as audio-visual and science equipment.”, says LETS Chairperson, Georgina Loughnan.
.

"The batteries can harness electricity for evening community classes and the future use of water generators. A utility that we daily take for granted will enable the use of electrical kitchen appliances, which do not currently exist in Letefoho. The potential is unending!”, Georgina adds.

Links in the chain

Mark and Rory hatched a plan to try and make their dream of a solar power installation for the school a reality, using only ‘donations in kind’ from companies in the solar sector. Their wish-list included everything needed for an eight kilowatt solar system – enough to power two large homes:

If they managed to get all of that, they still had to figure out how to transport it all to Letefoho. And then they would need a qualified and experienced installer to get the system in place and working. They decided to take it one step at a time – tick off the big items first, and worry about the detail later.

Firstly, Mark Twidell approached SMA, a leading German inverter manufacturer. In a move of extraordinary generosity, Michael Rutt, the Australian SMA Managing Director, donated two inverters. These are a vital part of the solar power process – converting the DC power produced by the solar panels to AC power that we all use in our homes.

With one big piece of the puzzle solved, Mark contacted Andrew Burgess, Co-Founder and Victor De Sousa, General Manager of Solar Juice, one of Australia’s leading solar companies. Again, through their overwhelmingly generous donation, a whole host of key components were delivered – all of the solar panels for the project; the mounting racks; cables; and all of the clips and connections to hook up to the SMA inverters.

To source the last piece of equipment needed, a private donor (who wishes to remain anonymous) was found. This donor funded the bank of batteries needed to store surplus power generated. This opens up the potential to use the school for night-time classes and other functions.

Mark Twidell then made another call – this time to Steve Helleur at Sydney-based RFI Technology Solutions. RFI very kindly agreed to supply the bank of eight large batteries and associated equipment at cost. 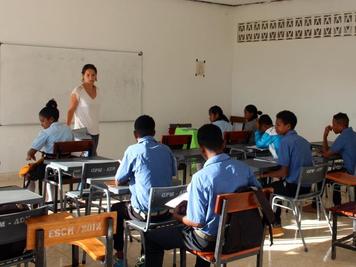 ​​"A utility that we daily take for granted - in Letefoho, the potential it creates is unending!"

Closing on the last links in the chain, Rory approached another contact – Ron Koehler, Managing Director of transport firm, DB Schenker. A long-term patron of LETS, DB Schenker immediately agreed to transport all of the solar equipment – a total of 1,160 kg! – from Melbourne to Sydney (as well as the batteries from Seven Hills in Sydney’s west). The process was ably managed by DB Schenker’s Jason Metcalfe.

After almost two years of tapping on shoulders to make things happen, on 26 July 2016, Mark and Rory received the wonderful news that Eddie de Pina had taken delivery of the solar equipment consignment at the Senior Highschool site in Letefoho!

It started with the spark of an idea and the final connection to deliver solar power to Letefoho Senior Highschool was to find a qualified and experienced installer. After an exhaustive search, and a number of detours, Eddie put Rory in touch with an electrician, Jeff Coulter and his son, Julian. Jeff is an electrician from Darwin, who works for Power Water in the Northern Territory where he trains electrical apprentices.

With a spirit of giving that has lit the way for this project from the beginning, Jeff and Julian agreed to donate their considerable expertise and a week of their time. On 23 October 2016, they travelled to Letefoho to complete the final phase of this project – installing the solar system which will supply electricity to Letefoho Senior Highschool. They used electrical installation diagrams drawn up by SMA engineer, Andros Cadavid, who donated his time to do this.

Adding a final blaze of glory to an already brilliant chain of events, Jeff also applied his educational skills to train one of the Letefoho locals in the maintenance and upkeep of the system.

A world of difference

“It is impossible for me to adequately express my thanks to Rory and Mark for having the enthusiasm, generosity and genuine concern for others that has enabled them to orchestrate and complete this project.”, comments Georgina. “They will never really know the difference this power will make to the students and community of Letefoho until they visit the district and meet the people they have helped.”

“Winston Churchill once said: ‘We make a living by what we get, we make a life by what we give.’ On behalf of LETS, but more importantly, the Letefoho community, I thank Rory, Mark and all involved, most sincerely. They know the true meaning of life as they have given much to so many. I hope they will one day personally experience the appreciation and love of the Letefoho community.”, adds Georgina. 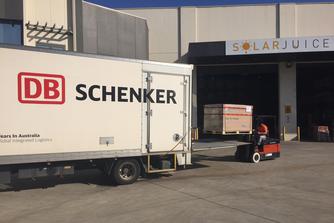